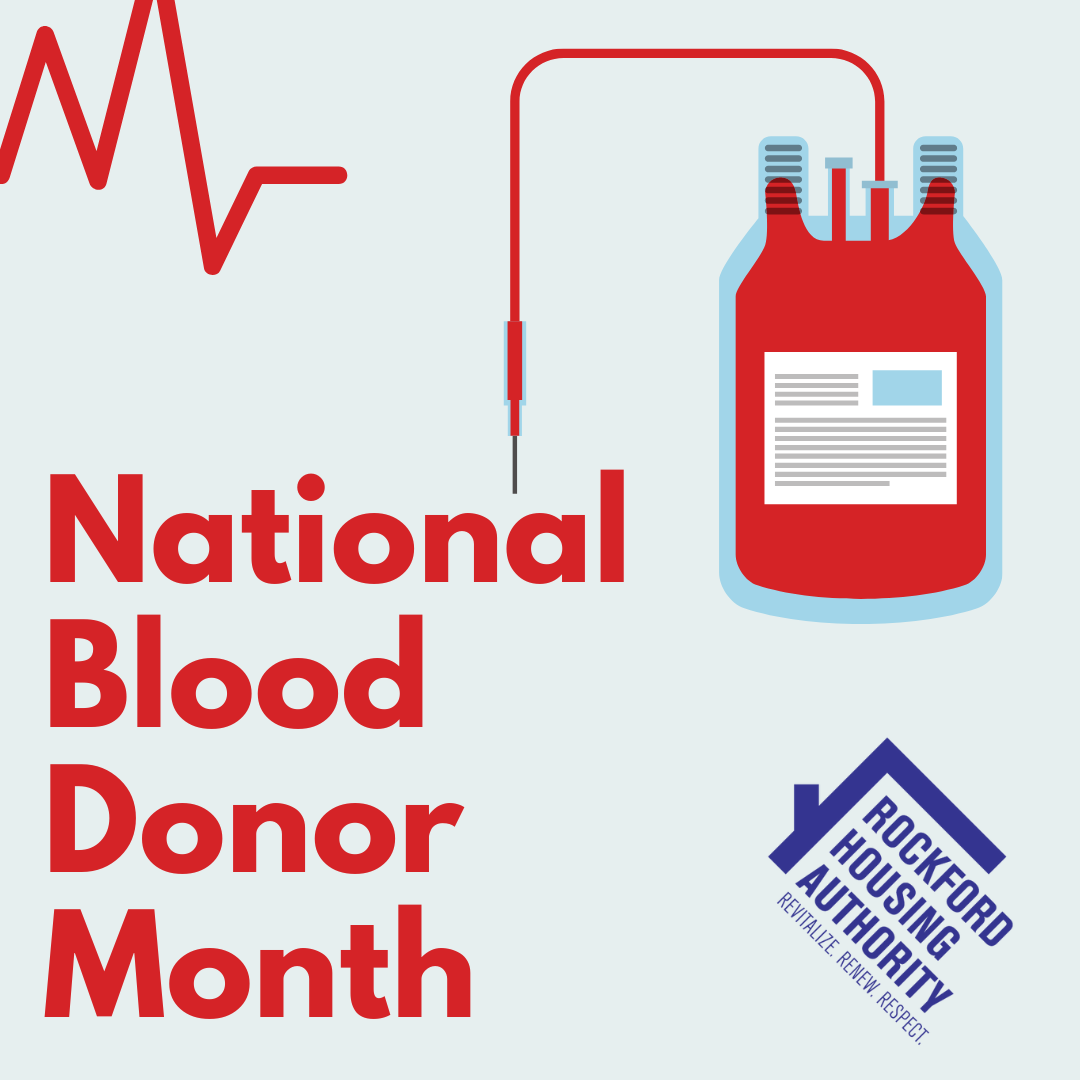 National Blood Donor Month is observed in January every year. The observance started more than 50 years ago, on December 31st, 1969, after the president signed a proclamation designating January as Blood Donor Month. The month of January is significant because it is usually a period of critical blood shortages. In addition, people stop donating during the holiday months, and while people are more prone to get sick during flu season and blood drives get snowed out.

There are many different places you can donate blood in the Rockford area, such as; Rock River Valley Blood Center and the American Red Cross of Northwest Illinois. Both offer blood drives around Rockford at churches and hospitals.

National Blood Awareness Month has been recognized since 1970. According to Health Prep, there are benefits of donating blood.

Why donating blood is important:

To continue to create strategic partnerships with community stakeholders, design a diverse housing portfolio, and leverage social service programming to unite and ensure residents are provided with safe and nurturing environments that lead to self-sufficiency, responsibility, and individual empowerment.